Students from Year 7 and Year 8 were entered into the UKMT Junior Mathematical Challenge.

The average mark for the country was 45 and one of our students, Theo Walsh got a score of 76! He also received the award for 'Best in Year' for Year 7 and 'Best in School' along with Amy Ellison who also received 'Best in Year' for Year 8. All students in the picture below received a score of 54+. Today Mrs Bootman and Mr Taylor handed out Bronze, Silver and Gold certificates to the successful students. If they received Gold they were in the top 7%, Silver they were in the top 20% and Bronze the top 40% of students entered. 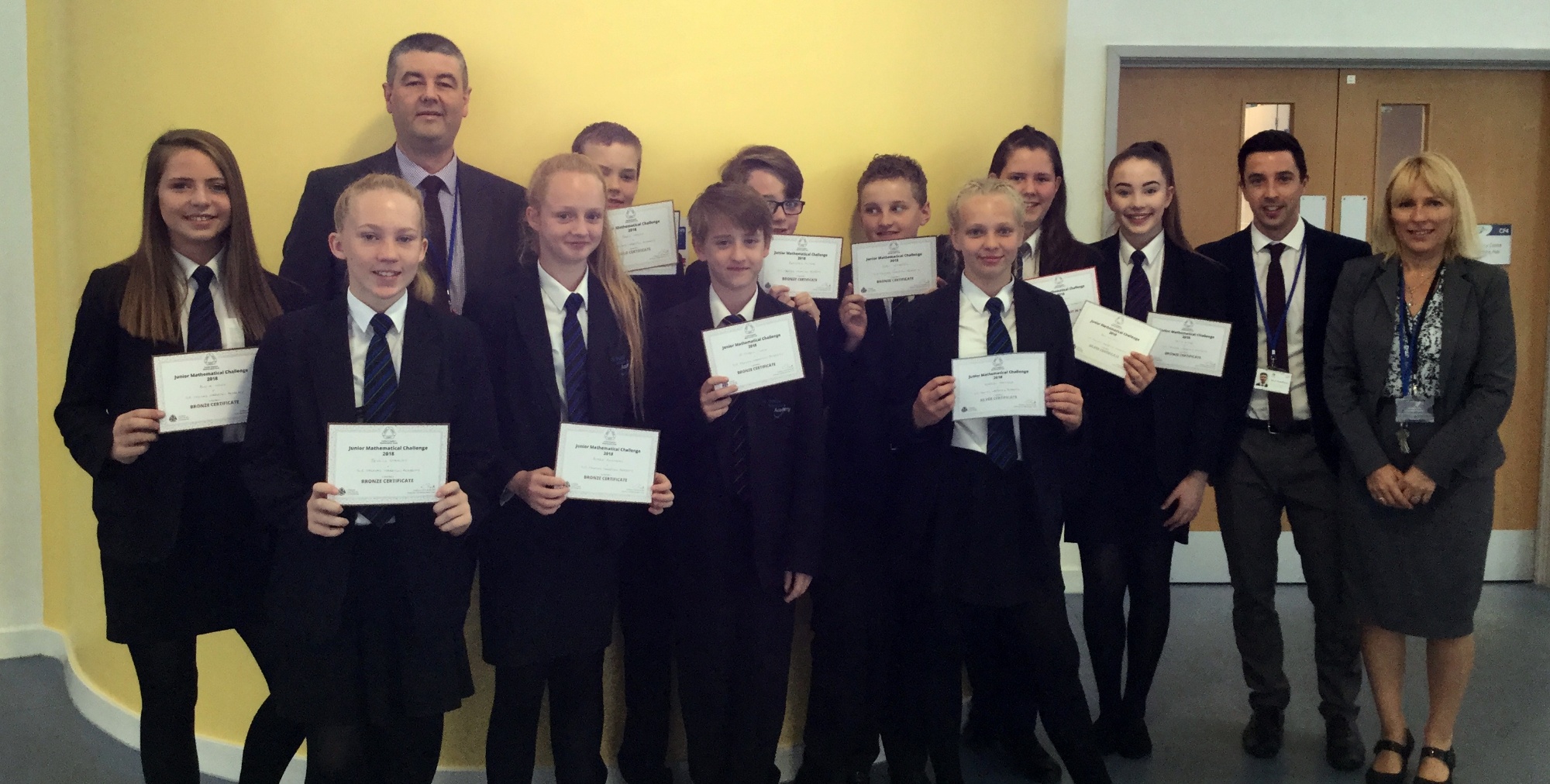